Rick Simpson is a recovered Canadian cancer patient who succeeded in defeating his own skin cancer through the use of his own homemade hash oil. He developed the oil through straining bud from the hemp plant into a highly concentrated solution and ingesting.

What is Rick Simpson Hash Oil?

After he sustained a serious head injury in 1997 Rick developed his hash oil and used it originally to combat the post-concussive trauma he was suffering from. Later, after developing skin cancer, he discovered its beneficial effects on this as well. 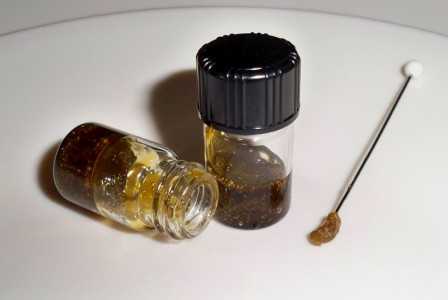 Undeterred by the medical industry’s refusal to recognise his discoveries, Rick continued to produce homemade hemp hash oil and distributed it free of charge to friends, family and anyone in need who asked him. In the last 10 years he has treated over 5000 people and claims to have had a 70% success rate in those patients who ingested 60 grams or more of the hemp solution.

As well as the many anonymous testimonials online paying tribute to the restorative qualities of the oil, TV and movie star Tommy Chong – from Cheech and Chong fame – has also publicly supported Rick Simpson Oil, claiming it has had positive effects on his own cancer in 2012 and that due to the use of the oil he is now “99% cancer-free”.

What do you need to make Rick Simpson Oil?

Ingredients
1 pound (half a kilo) of dried-out bud (this will make 60g of hash oil, enough for 90 days)
2 gallons of solvent – either grain alcohol or 99% isopropyl alcohol is recommended
A small amount of water

How to make Rick Simpson Oil

1)  Place the buds in a plastic bucket.
2)  Pour the solvent over the buds to strip off the THC, using only enough to cover them.
3)  Mash the buds using the wooden spoon for roughly 3 minutes.
4)  Pour off the solvent mixture into other receptacle, before repeating for a second wash with the rest of the solvent to ensure all the THC has been stripped.
5)  After pouring the second wash into the same receptacle as the first, discard the stripped bud and strain into a clean container using the coffee strainer.
6) Use the rice cooker to boil away the solvent. Do not overfill the rice cooker at any point – ¾ is the highest volume it should reach. As the solvent boils away, add more until it is all gone.
7)  After all the solvent has been added, pour in a very small amount of water. 10 drops of water is sufficient for 1 pound of bud.
8)  Reduce the heat of the cooker to minimum setting, and, using oven gloves, gently swirl the contents until all the solvent has evaporated, then remove the mixture from the heat and pour into a stainless steel container.
9)  Put the container onto a very low heat, such as that generated by a coffee warmer, in order to evaporate the last of the water and harmful fumes. This may take a few hours.
10)  Decant the solution into a bottle or syringe.

The process, although possible to be performed by anyone in a standard domestic kitchen, is still potentially dangerous and should not be undertaken lightly. Persons attempting it do so at their own risk.