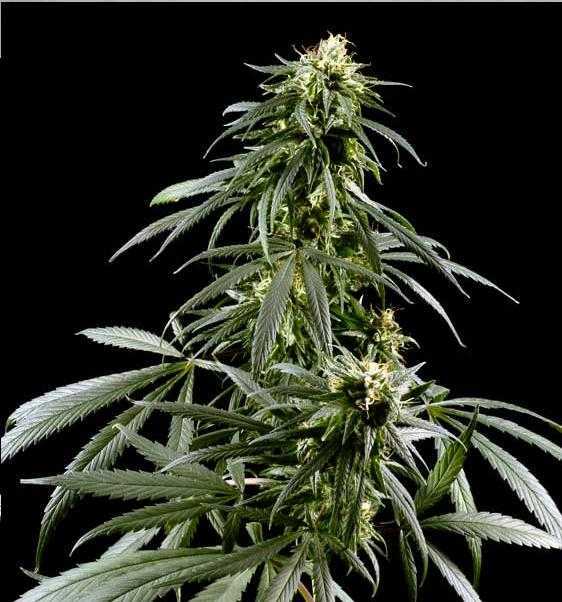 Sativa-dominant Nevilles Haze is dedicated to a legendary cannabis cultivator who worked in the Netherlands in the 1980s, Nevil Schoenmakers (yes, the spelling of his first name has gone a bit wonky over the years). Schoenmakers held joint Australian and Dutch citizenship and was arrested in Australia at the behest of American authorities who wanted to extradite him on cannabis charges. An Australian court granted him bail in 1991 and his whereabouts since then remain a mystery. This strain is the product of a cross between the original Haze strain and Northern Lights, two venerable marijuana hybrids.

The smell and flavor of Nevilles Haze will remind you of pine forests, flowers and newly dug earth. The hit can be overpowering, with a fast and furious rush. Inexperienced smokers should take it easy with this strain, which can verge on the hallucinogenic. In medical use, it can help with muscular pain and poor appetite.

This is a lanky plant that can grow as tall as four metres if left to its own devices outdoors in a tropical climate. It has multiple branches which produce buds so heavy that they can snap the stems. The leaves are palmate with long, thin fingers and the fluffy buds are covered in sticky resin. THC levels can be as high as 21 percent when grown in the right conditions.

Unless you live somewhere with a tropical climate, you should grow Neville Haze seeds indoors. It can be quite a fussy plant and when grown indoors, it requires close monitoring to ensure the right light, nutrient and moisture levels. It also needs careful trimming. Flowering time can be as long as 14 weeks and yields are up to 650 grams per square metre.

Outdoors in a tropical climate, it should be ready for harvest in late November in the Northern Hemisphere, and it can yield up to 800 grams per plant if allowed to grow to its full extent. The plants will need support as they mature.

To conclude this Nevilles Haze review, this is not an easy strain to grow. But if you have some solid horticultural experience, Nevilles Haze can produce a good indoor harvest that offers a potent high.