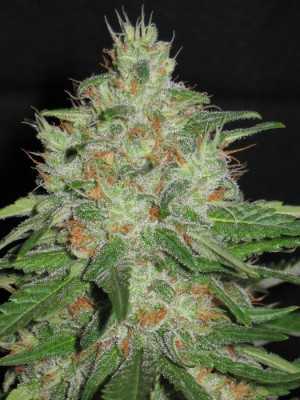 AK48 is an Indica strain that can be described as a cousin to AK47, named of course, after Mikhail Kalashnikov’s assault rifle. The tweak in the name comes from the fact that this weed can stop growing in as little as 48 days with the right conditions. Another Amsterdam creation from the 1990s, AK48 is a hybrid of two well-known strains, Ice and Jock Horror

Despite its predominantly Indica genetics, AK48 weed’s hit is immediately buzzy and active, without the couchlock so often associated with the Indica types. You’ll notice an earthy, pine smell that’s quite pervasive, and a definite hint of citrus in the taste. Medical users value this strain for its appetite stimulation and stress relief.

The plants are short to medium in height with smallish leaves and dense buds. It’s one of these strains that has a heavy, penetrating odour while growing, so if discretion is a priority, you may need to take measures to contain the smell. Flowering time is from seven to eight weeks and THC levels range from 15 to 20 percent.

Grown indoors using the SOG method, AK48 seeds can produce as much as
500 grams per square metre.

Outdoor growing is possible, but while it will do well in a Mediterranean-type climate, it won’t be so happy in more northerly climes. In the Mediterranean region, outdoor plants are ready for harvest in October.

If you’re looking for a potent weed that’s relatively easy to grow indoors put AK48 high on your shortlist. Many smokers especially enjoy this strain because it gets you very high without knocking you over.