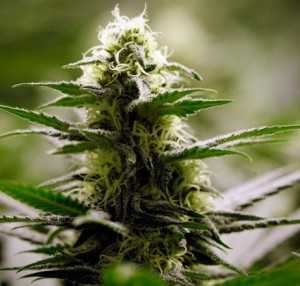 The Church weed is an Indica dominant strain that has the distinction of having been named by American rock band System of a Down. It’s a weed that you’ll find in the medical dispensaries of California and the coffeeshops of Amsterdam. Dutch breeders created it by crossing three strains Swiss Sativa Skunk, Super Skunk and Northern Lights, and High Times magazine named it as one of their top 10 strains of the year in 2009.

Given its genetic heritage, it’s no surprise that The Church strain has a strong skunky smell and flavor, but you’ll also detect notes of exotic spice, fruit and fragrant blossom. The hit comes on gradually and develops into a well-balanced high of cerebral stimulation and physical relaxation. Medically, this strain can help with sleeplessness, stress and poor appetite.

The Church seeds produce thick, bushy plants of medium height with mid-green buds displaying a coating of sticky resin and orange to brown hairs. The THC content can be as high as 20 percent.

For indoor growing, the best method is a SCROG set up and this weed is known for its good resistance to mold, even in humid conditions. You can certainly grow it in a hydro medium, but tastes best in soil, preferably organic. Flowering time is eight to nine weeks and yields are high, in the range of 700 To 800 grams per square metre.

Its Indica parents mean you can grow it outdoors even in northern countries like Britain and the Netherlands. Harvest time is late September or early October and you can expect around 800 to 900 grams per plant.

The Church weed’s qualities include ease-of-growth, good yields and high potency. It’s a good bet for outdoor growing, especially for gardeners based somewhere with a cooler, temperate climate.