In spite of the name, Black Indica is actually a hybrid, albeit one which has a mere 10% Sativa genetics.  This is an old-school strain, which has never enjoyed the same degree of fame as the likes of White 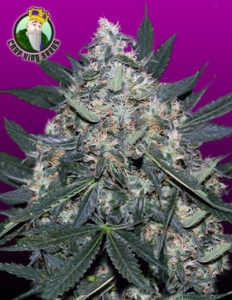 Widow and OG Kush, but which is now starting to get the recognition it deserves, thanks to its medical effectiveness and great taste.

Apart from the fact that it is 10% Sativa, the genetics of this strain have been kept a closely-guarded secret by its breeder, BC Bud Depot.  They have indicated that the strain dates back to the 1980s and was developed in both California and Vancouver, Canada.  About thirty years later, it was finally recognized as one of the Top 10 Strains of 2008 by the High Times and since then its popularity has been growing in line with the growth of medical marijuana.

The flavour is definitely based around berries and grapes, so overall it’s on the sweet side.  However, the sweetness is nicely balanced by notes of sage and pepper and there is a woody base line.  The aroma also contains an element of grape, which is balanced by notes of spice, but it is noticeably more pungent than you would expect given the sweetness of the flavour and it has a robust, earthy base.

In spite of its predominantly Indica genetics, Black Indica actually has 20% THC, which puts it in line with many Sativas and delivers some hefty pain relief.  The initial high is cerebral, but it’s calming and relaxing rather than energizing and transitions gently into the body, easing away all pain and care, priming mind and body for sleep.  Black Indica is generally regarded as being very much a night strain and is considered an excellent strain for dealing with insomnia and people suffering from PTSD.  It offers pain relief for a variety of conditions and is often recommended for arthritis and its ability to treat emotional conditions such as anxiety and stress.

Black Indica is something of a contradiction in that although it’s a compact Indica, it has the sort of growth period you’d expect from a taller strain, flowering in eight to ten weeks indoors and harvesting in mid-October outdoors.  It  provides the kind of yields you’d expect from bigger strains, offering up to 500 g/m2.  Black Indica is actually a pretty impressive strain to grow since it takes its name from the colour of its leaves, which can turn such a deep purple that they actually look black.  The nugs are also a deep purple and the whole plant develops beautiful  covering of shimmering trichomes.  To top it all off, Black Indica is actually a fairly easy strain to grow. The key point to remember is that it is quite a greedy plant and so breeders should be prepared to provide it with plenty of food.