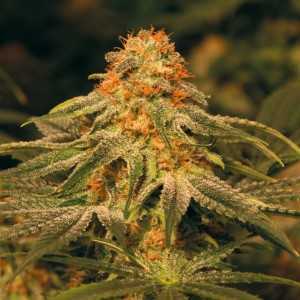 Vanilla Kush seeds evolved to cope with the difficult growing conditions of the Kush mountains which means that the seeds produce tough, bushy plants of medium height, between 55 and 60 centimetres. Grown in controlled conditions indoors with a hydro set up, the yield can be as high as 600 grams per square metre. The plant produces dense buds which can contain a THC level as high as 22 percent.

Because of its hardy origins, Vanilla Kush can grow successfully outdoors in areas as far north as Alaska, although in these cooler conditions the THC levels will be lower. This is a good strain to choose if you’re thinking of growing cannabis for the first time since its genetics make it easier to grow than many other strains.

The smell of the weed has a hints of citrus and pinewith vanilla undertones and when smoked has a heady aroma and a sweet vanilla taste with herbal notes on the exhale. The high is intense and can be somewhat overpowering. You might want to plan for a couple of hours on the sofa after a heavy hit on the bong.

The Vanilla Kush strain is often prescribed by medical marijuana dispensaries because of its potency, its pain-killing properties and its ability to relax.

Because of its ease of cultivation and high yields, growing Vanilla Kush is popular among absolute beginners as well as experienced horticulturists. Its intense high however means that casual smokers should treat it with kid gloves.