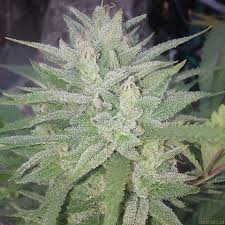 With 80% Indica genetics, you might have expected Monster Cookies to go easy on the THC and indeed it has a very moderate 12% to 15%, together with 0.1% to 0.12% CBD.  In other words, this is a strain with a fairly gentle touch, which has become popular as a very tasty way of treating a wide variety of mild to moderate conditions.  In addition to the moderate THC content, the strong prevalence of Indica genetics means that instead of experiencing a full-on euphoric, energizing head high, you will feel more of a chilled but happy boost to your mood, which ebbs gently into a moderately deep full-body stone.  Even though Grand Daddy Purple is recognized as being one of the world’s best insomnia strains and Monster Cookies certainly can be used at night, the GSC parentage provides something of a counterbalance with the result that it is feasible to use this strain in the daytime as long as you allow yourself sufficient time to recover from its effects before doing anything complicated.

Monster Cookies can be grown both indoors and outdoors.  Indoors it will need around 8 to 9 weeks of flowering time and outdoors it will be ready in late September or early October.  These plants have an average height of about 1.5M but can grow taller outdoors.  Indoor yields are in the region of up to 350g/m2 and outdoor yields start at around 350g per plant.  Monster Cookies is actually fairly tolerant of cooler temperatures (although it won’t go blue in them), but you’re still very much recommended to keep it out of direct wind (which is also a good move from the point of odour control) and as with most strains of marijuana, it isn’t a big fan of the wet either.  In other words, if you’re going to grow outdoors, make sure you put your plants in a sheltered location.  Other than that, Monster Cookies is nicely robust and about as straightforward to grow as a photoperiod strain can reasonably be.

In terms of taste and aroma, Monster Cookies actually has a lot more in common with Grand Daddy Purple than with GSC.  It has an earthy base, sometimes with pungent notes, topped with fruity sweetness, with grapes very much in evidence.