Although Cinex may sound like it’s something to do with the film industry, like many great marijuana strains, its name comes from its 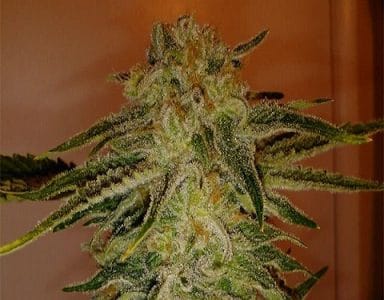 parent strains, Cinderella99 and Vortex. This modern Sativa dominant impresses with its flavour and effects and is fairly straightforward to grow.

In spite of the fact that Cinex is only just Sativa dominant (60%), it packs a THC level of 22% to 25%, which is pretty potent even by modern standards. This figure does, however, have to be set in the context of 40% Indica genetics, which act as a gentle damper on the euphoric, cognitive high and makes it more relaxed and calm. The pain relief, however, is exactly what you’d expect. Cinex offers 0.4% CBD, which would be fairly heavy if this strain were Indica dominant, but it’s not and the Sativa genetics help to lighten it up, which means that what you experience is a feeling of deep contentment and tranquillity but not the sort of knock-out stone which will keep you from doing anything for hours. All in all, therefore, this is one flexible strain, which can be used day or night, as long as you remember to allow sufficient recovery time in the former case.

Indoors, Cinex will be ready in about 8 to 9 weeks, will tend to grow to slightly over a metre in height and will yield about 550g/m2. Outdoors it will be ready in early October, can grow up to 2 metres tall and will yield about 500g per plant. As is generally the case with marijuana strains, Cinex definitely prefers life in a warm, dry climate but it can put up with a cooler climate as long as it is kept sheltered from wind and rain. We’ve classed this strain as moderately difficult to grow, partly because it’s photoperiod, but mostly because it’s on the taller side for a modern strain and as such will need a bit more TLC than its more compact Indica (dominant) counterparts, basically think more food, more water and a bit more time. Other than that, Cinex is a nicely robust and undemanding strain and if you’re confident with plant training, you can definitely keep its height down quite a bit.

In terms of taste, Cinex is a balance of citrus sweetness, earthiness and skunk and this is all reflected in the aroma, although this is a bit less pungent than you might expect. You’ll still want to be considerate when you smoke it though.