Franco’s Lemon Cheese from Green House seeds is a Sativa-dominant cross between Super Lemon Haze and Exodus Cheese. It’s a THC-filled treat for anyone in need of fast and effective pain relief or helping hand out of negative emotional states. 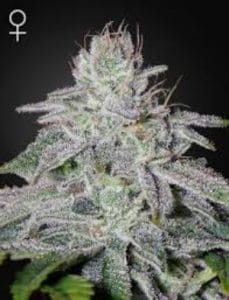 Although Franco’s Lemon Cheese is, technically, a Sativa dominant, it’s only 60% Sativa and so the popularity of this strain is not really about the THC level as such, although at 21%, that’s perfectly reasonable, it’s about the quality of the effect. The fact that Franco’s Lemon Cheese is Sativa dominant means that the initial head high is full of euphoria and energy, although it stays very much in the realms of a boost rather than rocket fuel, which is partly a result of the fairly moderate level of THC and partly a result of the Indica genetics, which act as a gentle anchor on the whole experience. As the head high ebbs, those Indica genetics really begin to make themselves felt in the form of the classic Indica body buzz, which is deeply comforting without being massively heavy, basically what you’d expect from about 0.6% CBD. In short, Franco’s Lemon Cheese is probably best used in the daytime, but we think it could feasibly be used at night without ruining your chances of getting any sleep.

There are three reasons why we’ve classed Franco’s Lemon Cheese as being moderately difficult to grow. The first is that it is a photoperiod strain, which means you need to be able to handle light cycles if growing indoors. There is an indoor flowering period of about 9 to 11 weeks and an outdoor harvest period of early November. This relatively long grow period extends the time in which your plants can be attacked by mould, diseases and pests and hence means you have to be vigilant for longer, although, to be fair, Franco’s Lemon Cheese is pretty robust and not at all a diva to grow even if its height gives it a big appetite. More importantly, at least for growers further north, it increases the risk of your outdoor plants falling victim to an early frost, so unless you live in the Mediterranean basin, you might want to think of this strain as one for indoors, or at least for a greenhouse. The final reason is that Franco’s Lemon Cheese does tend to grow on the tall side, think an indoor minimum of about 1.8M and outdoors it can easily grow past 2M. On the plus side, big plants often mean big yields and indoor growers can expect up to 750g/m², while outdoor growers could collect as much as 1Kg per plant.

In terms of taste and aroma, the clue is in the name, Franco’s Lemon Cheese is a delicious, literally mouth-watering blend of lemon and cheese.

Franco's Lemon Cheese - Green house Seeds, 4.0 out of 5 based on 5 ratings