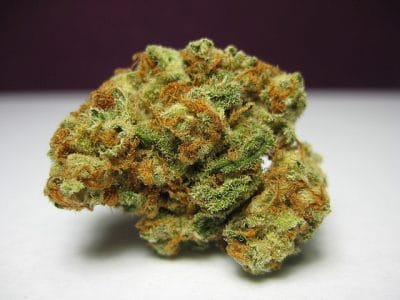 Lamb’s Bread (also known as Lamb’s Breath) is a fairly modern strain, but it has been developed from one of the most classic forms of “old-school” cannabis genetics, namely Jamaican landrace Sativa.

As you would expect from a strain which is almost pure Sativa (95%), Lamb’s Bread has high THC (19% to 25%) together with low CBD (0.03%-0.2%).  With this in mind, it is hardly surprising that Lamb’s Bread has developed a reputation as a great “wake and bake” strain, but it can be used in other ways, such as for straightforward pain relief or to deal with negative emotional states.  Even though the raw THC and CBD figures would suggest that this strain was very much one for daytime use, one of its most interesting features is that even though the high is positive, creative and euphoric, it’s also quite laid back, clear-headed and generally functional, so it wouldn’t be out of the question of use it towards evening time if you felt you needed to.

In theory, Lamb’s Bread is suitable for outdoor growing, but, as you might expect from its Caribbean origins, this strain really needs a hot, dry, sunny climate so outside of the Mediterranean basin it will need to be kept in a greenhouse or grown indoors.  When thinking of how many plants you can fit into your growing space, remember that even though Lamb’s Bread grows in typical Sativa style, it will still need space to grow outwards.  Speaking of growing, as you would expect from its genetics, this strain does like to grow.  Left to its own devices indoors you should really be prepared for it to reach a minimum height of 1.6M and outdoors you should be ready for a minimum height of 1.8M.  It should be emphasized these are minimum heights.  These plants can get much taller (and if they do you can expect to collect more bud).

Assuming your plants stay in the region of 1.6M to 1.8M in height, indoor growers can expect to collect up to 400g/m2 and outdoor growers can look forward to approximately 400g per plant.

Even though Lamb’s Bread is not labelled as a cheese strain, it certainly smells like one.  The flavour also has plenty of pungency to it, but it’s not as skunky or cheesy as the aroma would suggest. The base notes are of earth and wood with the top notes of herbs, sharp spices and menthol pine with just a hint of sweetness.