There’s probably at least one person, somewhere, who knows about the origins of Lodi Dodi, but sadly, it’s not us. The common theory is that it’s based on a 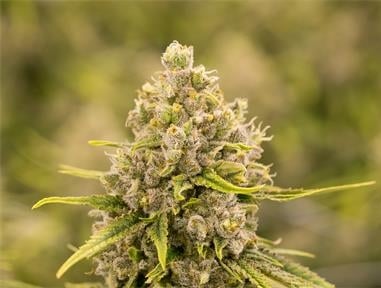 Hawaiian landrace Sativa and that the name comes from the 1993 Snoop Dogg single Lodi Dodi and that this particular song title may have been chosen to reference Californian origins (as California has a town called Lodi).

The lack of information about its genetic origins means that it’s impossible to say for sure whether Lodi Dodi is a pure Sativa or a hybrid, however the general opinion is that it’s about 70:30 Sativa:Indica and lab tests indicate and average THC level of about 23%. The effect is essentially what you would expect from an old-school Sativa. In other words, it’s a bright and buzzy cerebral rush, full of energy and creative sparkle. There’s very little in the way of Indica genetics to anchor it or to provide much of a body stone, which means that Lodi Dodi is great both as a “wake and bake” strain and as a strain for when you need daytime pain- or mood-relief which won’t leave you out of action for hours.

As Lodi Dodi is a very rare strain, there’s little in the way of concrete information regarding its growing patterns. We can, however, give you the basics. Lodi Dodi will grow outdoors in a warm, dry, sunny climate. The outdoor harvest is in early to mid-October and you can expect your plants to grow to around 1.8M in height or perhaps a bit taller if conditions are very good. A typical yield is in the region of 350g per plant. Indoors it will need 8 to 10 weeks of flowering time and, if left to its own devices, will grow to at least 1.5M and possibly rather more. Yield is up to 350g/m2. The plants grow in classic Sativa style, i.e. tall and branchy, which makes them particularly good candidates for plant training if you have limited growing space. Lodi Dodi is known for its general robustness, which would tally with a high level of landrace genetics. We’ve classed this strain as moderately difficult to grow partly because it is a photoperiod strain, partly because of its height and partly because it is so rare it is hard to get strain-specific advice on it.

Lodi Dodi clearly has some form of skunk in its background as both the flavour and the aroma are a balance of fruity sweetness and pungency, the aroma also has floral notes.