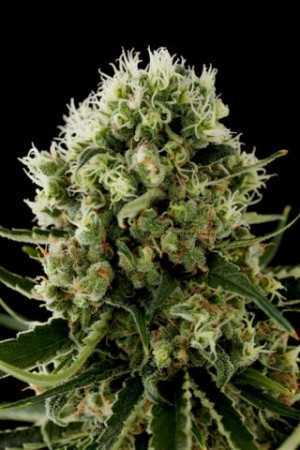 Critical weed is an Indica dominant hybrid with genetic material from the Critical Mass strain and plants from Brazil and South India. It’s a versatile plant that can grow in a variety of mediums, indoors or out.

Critical has a pungent, skunky odor with distinctly fruity notes, and the taste has similar characteristics. The high tends towards couchlock, so it’s well suited to a relaxing evening with some music or a movie. Medically, Critical will help with insomnia and loss of appetite.

After germination, Critical seeds perform well indoors in soil or hydro with a SCROG set-up. Flowering time is from seven to nine weeks and indoor yield can be as high as 450 grams per square metre.

Outdoors, the plant does well in a sheltered, sunny spot. It has a tendency to lankiness, reaching a height of three meters and more. It may need some artificial support as it nears harvest in late September or early October in the Northern Hemisphere.

Old hands enjoy Critical weed for its dependable yields and potency and beginners will appreciate its ease of growth. One word of warning: its pungent odour needs disguising if you have disapproving neighbours.