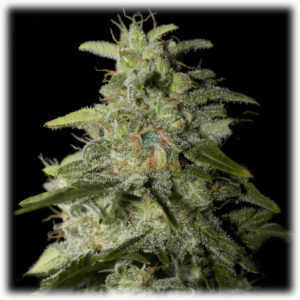 Money Maker is a cross between Master Kush, Hindu Kush and Skunk, so it’s heavy on the Indica genetics (about 70%).  This makes it a good choice for smaller spaces and simple grows – and it tastes great too.

In terms of taste, Money Maker is pretty much what you’d expect from the genetics.  It isn’t overly pungent, in fact is more earthy than skunk, but the hashiness is definitely there along with flavours of berries and a hint of nuts.  Its aroma is rather like a really good muesli, with plenty of fruit and nuts and a good dash of spices to liven it up.

Even though it’s mostly Indica, Money Maker still has 20% THC which means it’s actually a very capable medical strain and will deal quickly with physical pain, fatigue and mental issues.  Once the initial head high has mellowed, however, it will become clear that this strain is very much a quality Indica at heart, just one which happens to have a fair bit of THC.  You’ll slip into that wonderful, warm and relaxing full-body stone and feel all your pain and cares gently eased away.  Overall Money Maker is best kept for night-time use, although it wouldn’t be out of he question to use it in the daytime.

The reason why Money Maker was given its name is because you’d be hard pressed to find another strain which delivers so much yield in so little space and with so little hassle.  Money Maker will grow indoors or outdoors in a warm, dry climate.  Indoors, it can stay as short as 80cm and even outdoors it is unlikely to grow about 1.2M.  This strain is also on the quicker side of photoperiod varieties, needing just 8 to 9 weeks of flowering indoors, outdoors you can expect to collect your harvest around the beginning of October.  Indoor yields are up to 800g/m2 and outdoor yields can be up to 1Kg per plant.

Money Maker would be perfectly suitable even for a complete beginner to grow and anyone “moving up” from autoflowering strains should be just fine with this variety.  Genetically, it is very close to being a landrace strain and as such as a lot of resistance to mould and pests as well as to common beginner mistakes.  Just pay attention to the basics of marijuana growing, in particular ventilation and hygiene and you should be fine.  If nothing else, the fact that Money Maker can produce such high yields means you’re almost guaranteed to get at least a decent harvest.